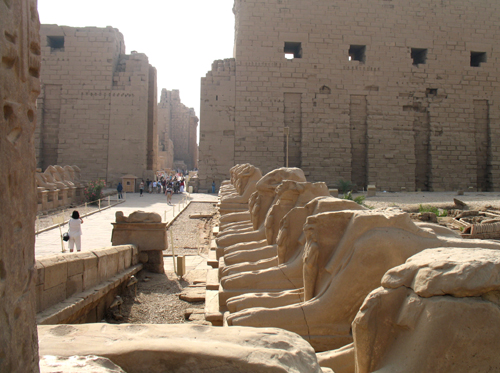 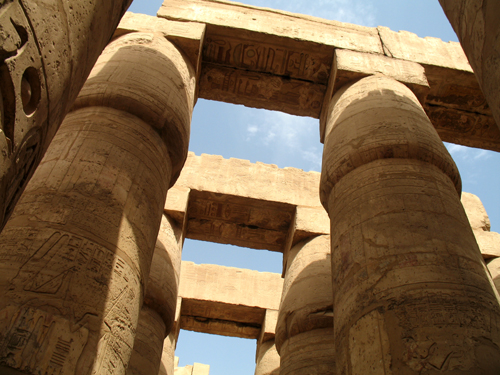 the marsh around the mound of creation 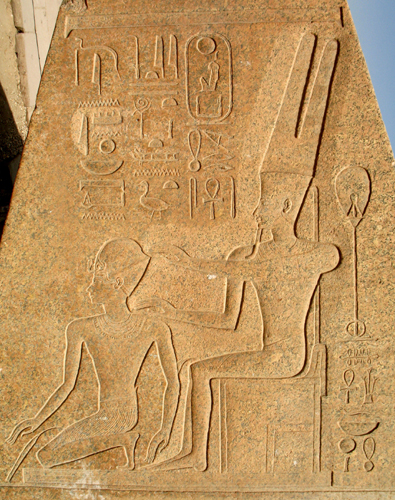 Top of a fallen obelisk: showing the god Amun

(her throne name, Maat-ka-re, is in the cartouche at the top) 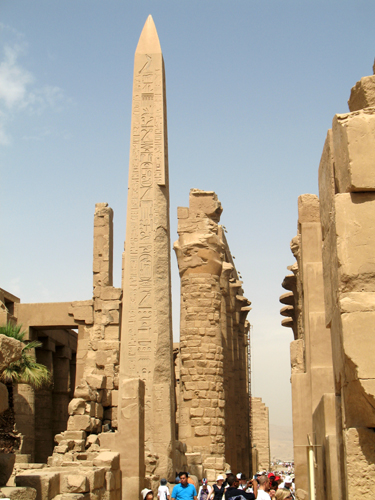 Looking back at obelisk of Thutmose I and the hypostyle hall 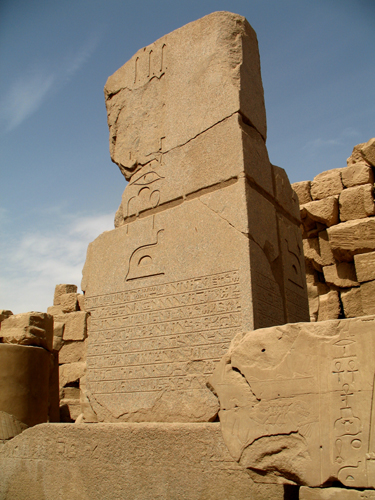 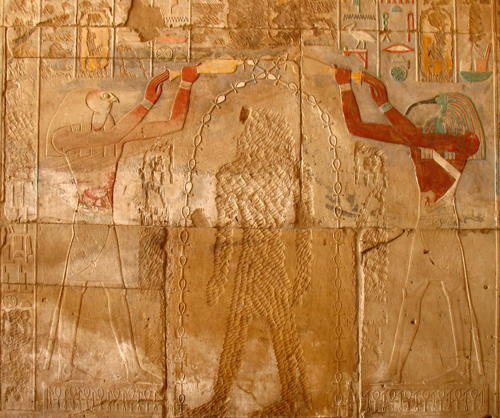 The gods Horus and Thoth pour Ankhs (life) over an image of Hatshepsut,

later erased by Thutmose III (her name is also erased) 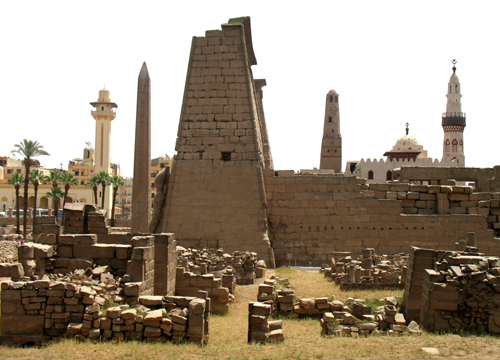 Luxor Temple, with the 10th C. Abu Haggag mosque built in the middle 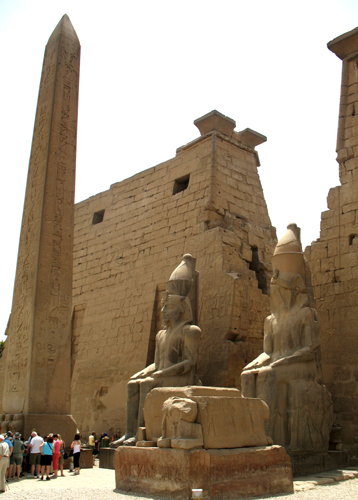 at the front of the Luxor Temple. The missing obelisk is in Paris. 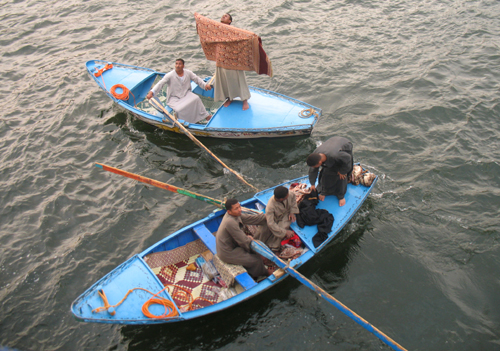 Locals trying to sell cloths, scarves etc. to Brits on the cruise ship. 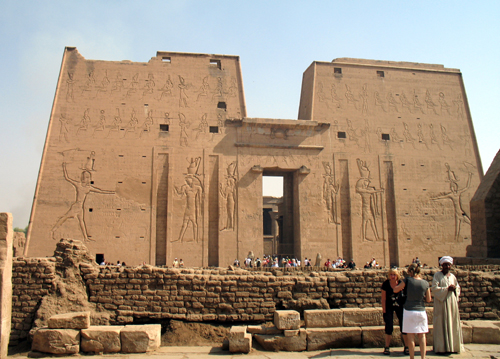 Pylon (monumental gates) of the temple to Horus at Edfu,

the best preserved temple in Egypt. Built in the Ptolemaic period (237-57BC). 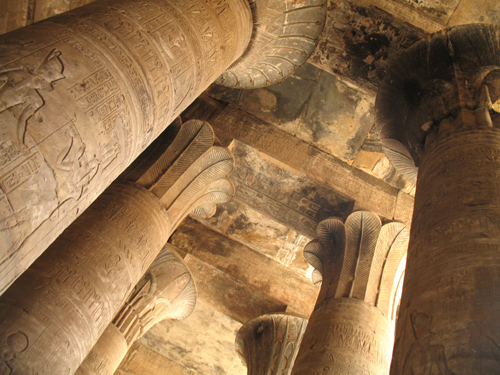 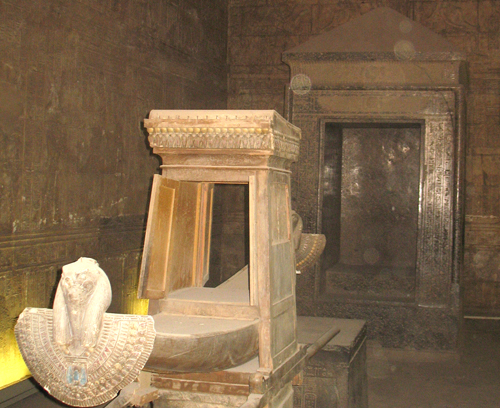 Original stone shrine at the back and replica of sacred barque at the front.

Once a year the gold statue of Horus would be taken from the shrine,

placed on the barque and taken upriver to Dendera to meet Hathor, Horus' wife.