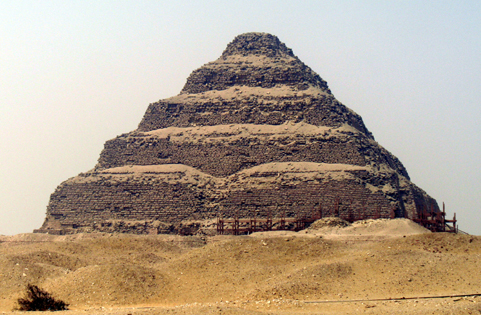 The first pyramid ever built, around 2600BC, by pharaoh Djoser 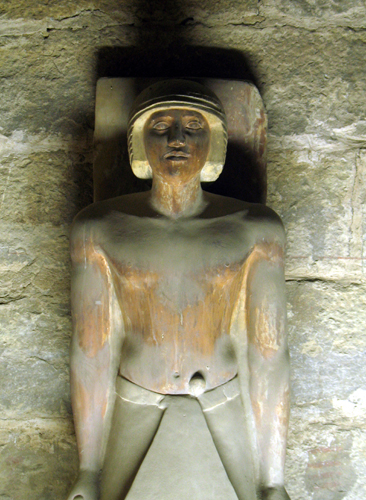 Vizier Mereruka, in his tomb at Saqqara. About 2350BC 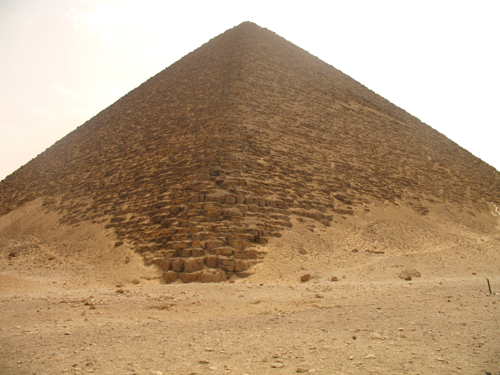 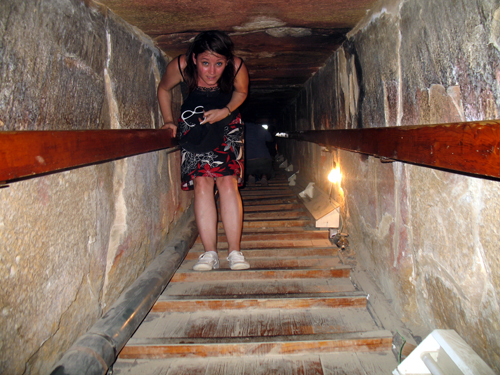 Cathy inside the Red Pyramid (extremely hot and humid!) 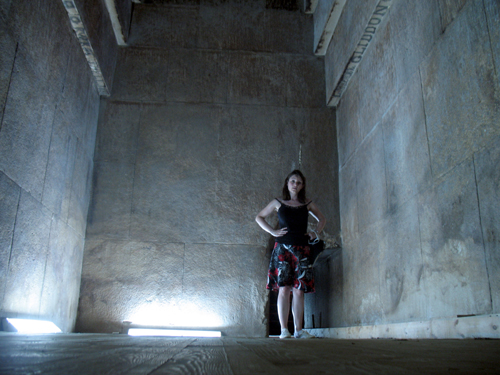 The first chamber in the Red Pyramid 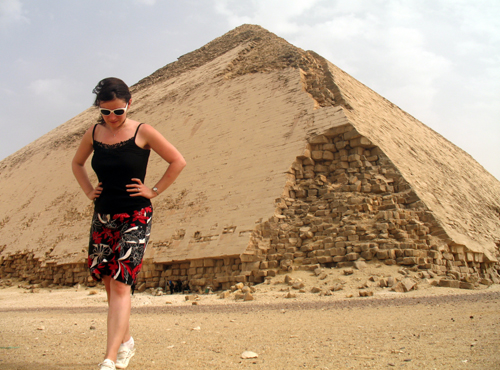 The Bent Pyramid of Sneferu.

Sneferu's first attempt at a pyramid; the angle was too steep and was changed half way up. 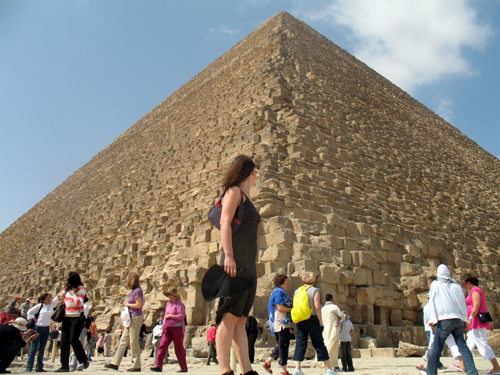 The Great Pyramid of Khufu, Giza, Cairo, built around 2500BC. 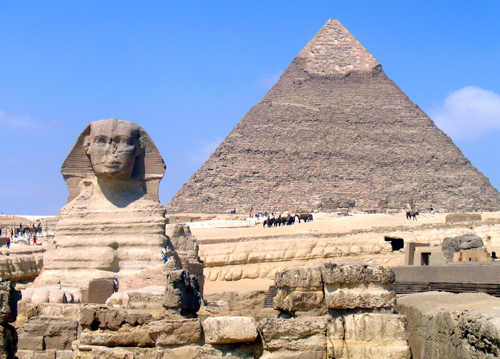 The Pyramid of Khafre, son of Khufu, and the Great Sphinx,

probably showing Khafre's head with the body of a lion. 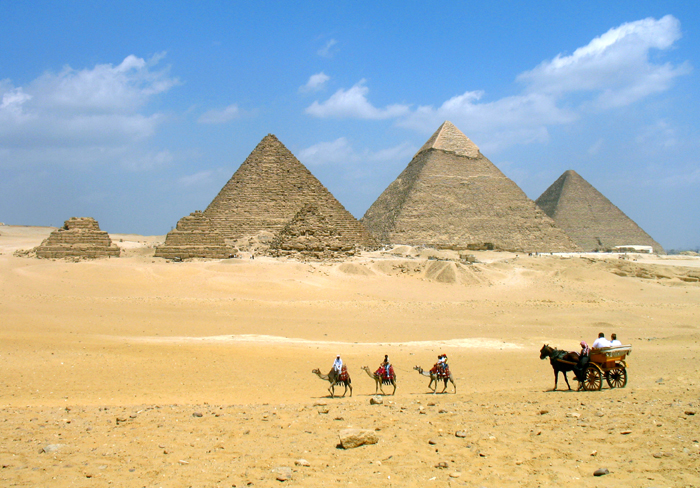 The pyramids of Giza - one of the most brain-staggering sights in the world.

Right to left, pyramids of: Khufu, Khafre, and Menkaure

The three small pyramids were built for the wives of Menkaure.