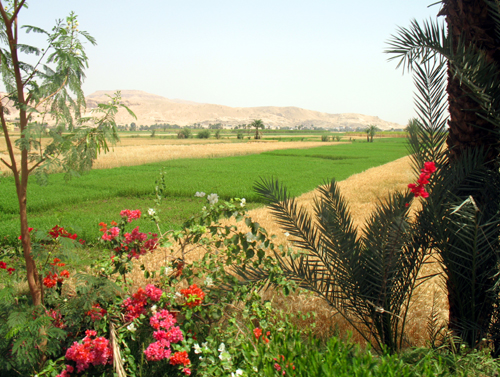 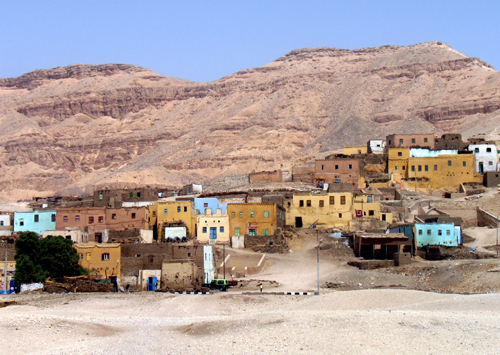 Village on the West Bank, near the Valley of the Queens 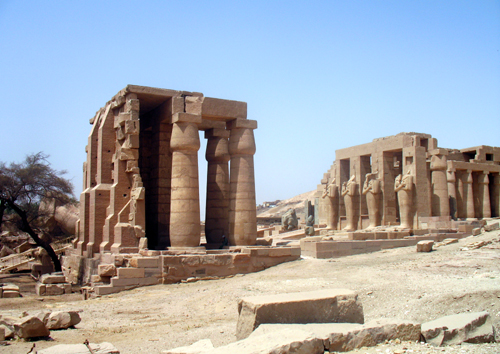 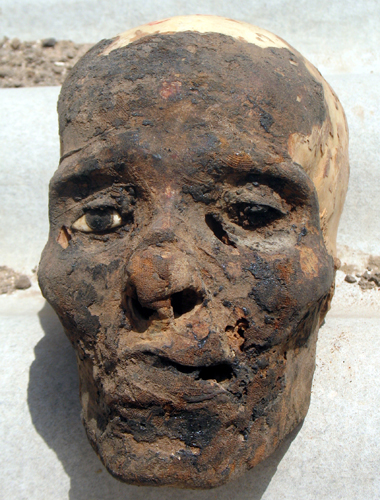 Head of a mummy (the guards showed us this at the Ramesseum). 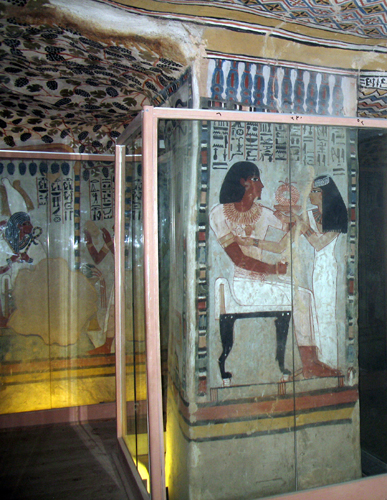 Tomb of Sennefer, Mayor of Thebes,

one of the Tombs of the Nobles (our favourite) 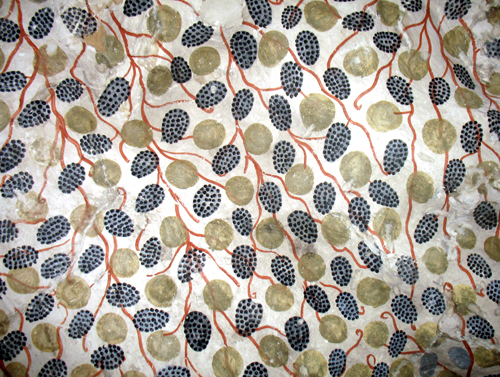 Vine decoration on the ceiling of the tomb of Sennefer 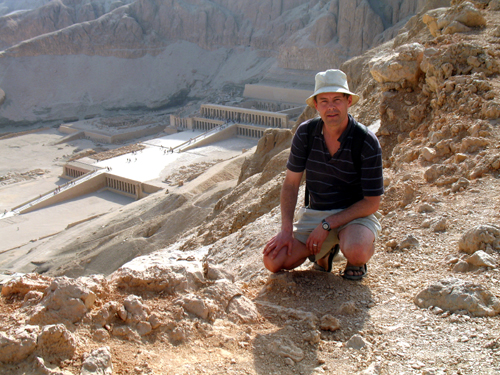 Above the temple of Hatshepsut, Deir el-Bahri 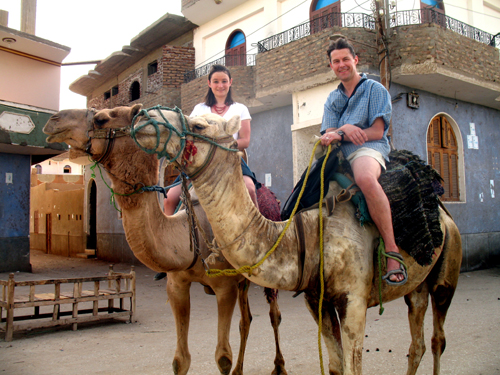 Us on camels in a village on the West Bank 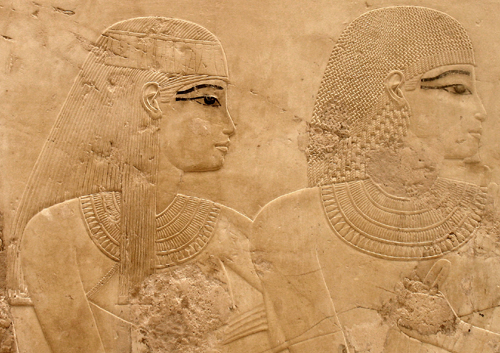 Ramose and his wife - exquisite carvings in the tomb of Ramose 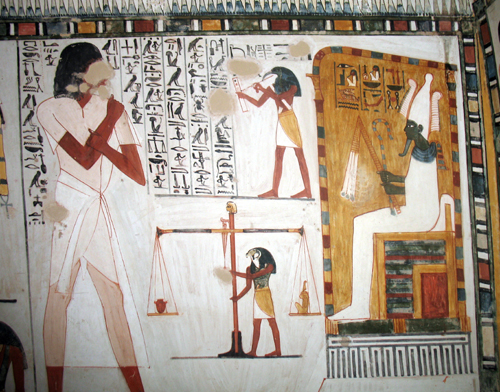 Menna before Osiris at the weighing of the heart,

Tomb of Menna, one of the Tombs of the Nobles 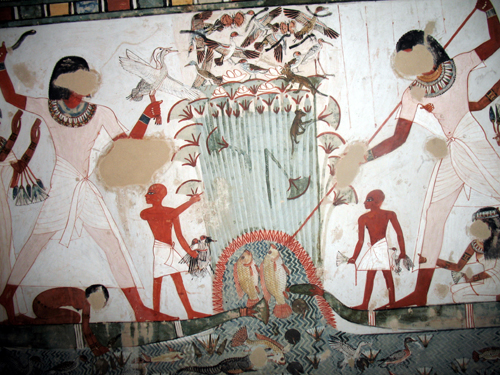 Menna hunting and fishing in the marshes of the afterlife

(both figures are Menna - an enemy has erased his face). 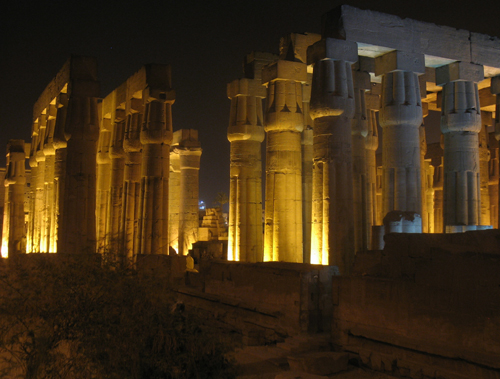 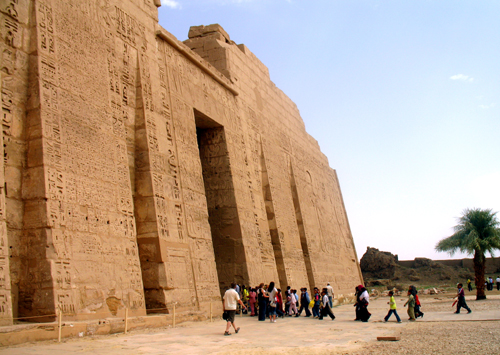 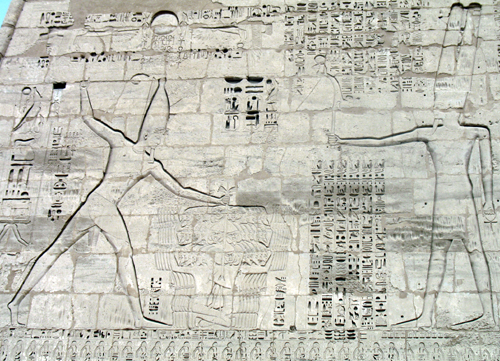 Ramses smites his enemies, holding them by the hair, before the god Amun, 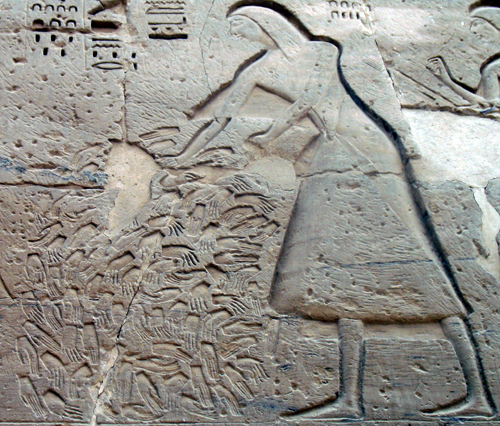 Counting the slain enemies by cutting off their right hands 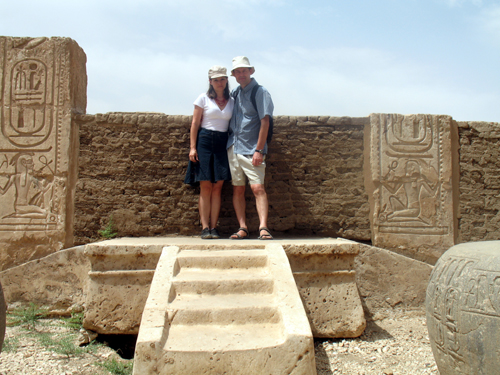 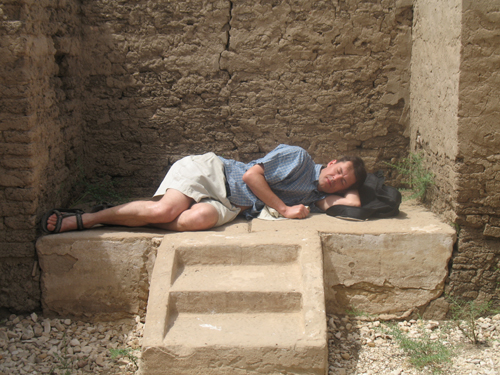 The bed of Ramses III 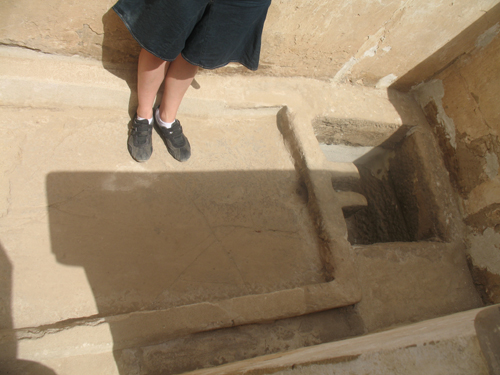 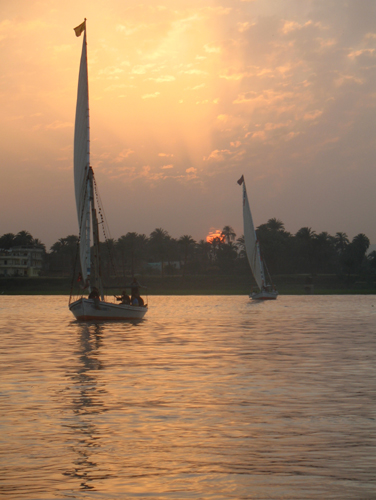 Feluccas at sunset, the Nile at Luxor.