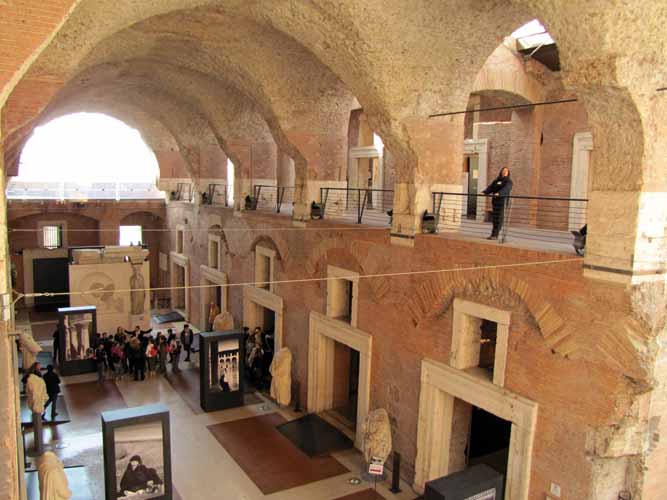 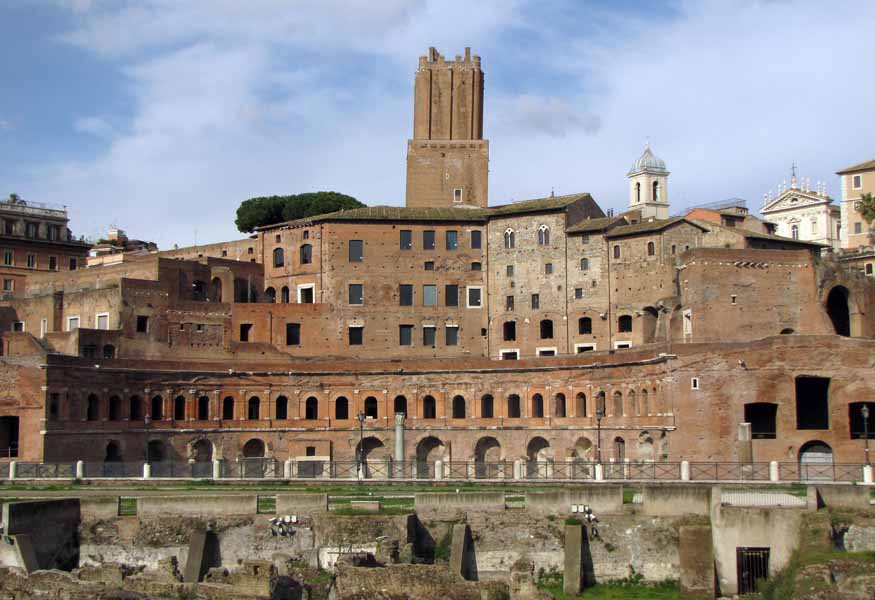 The markets from the outside 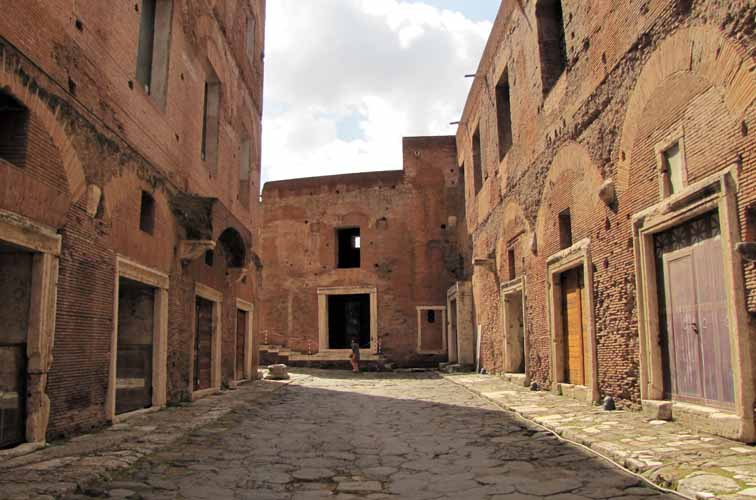 A row of shops in Trajan's markets 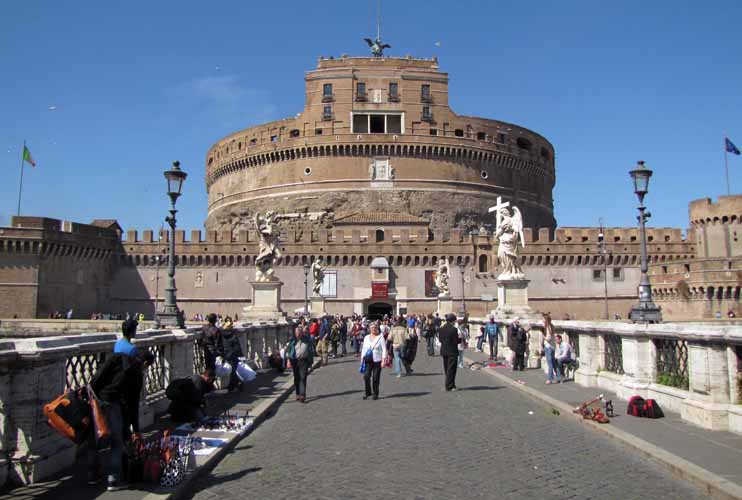 The Castell Sant'Angelo - originally the mausoleum of Hadrian and other emperors,

later turned into a fortress. 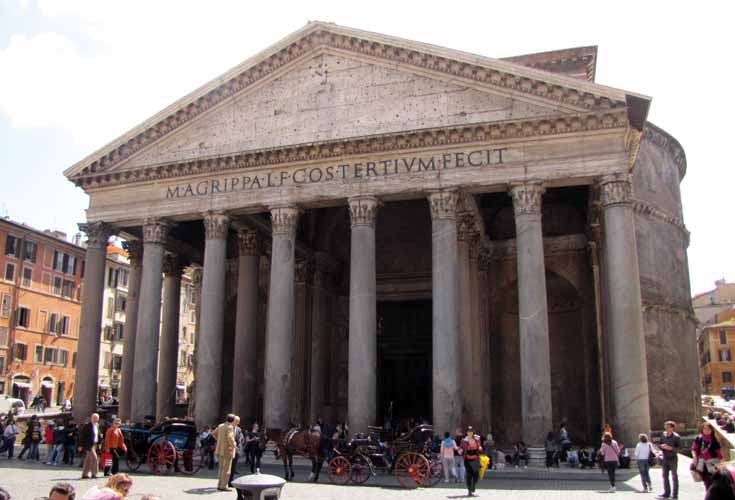 The Pantheon - a huge temple to all the main gods, built by Hadrian. 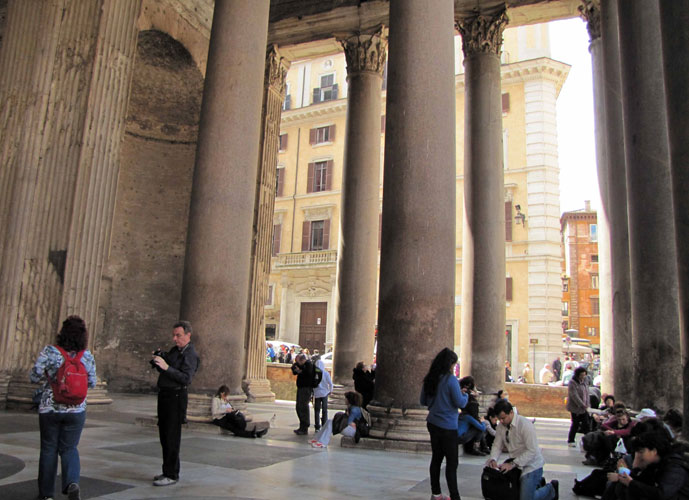 The porch of the Pantheon 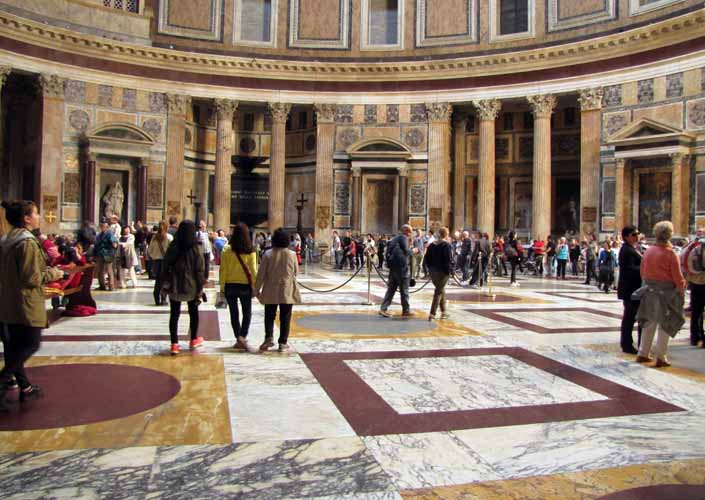 Inside the Pantheon. It had a vast dome - 43m wide - the largest in the world at that time. 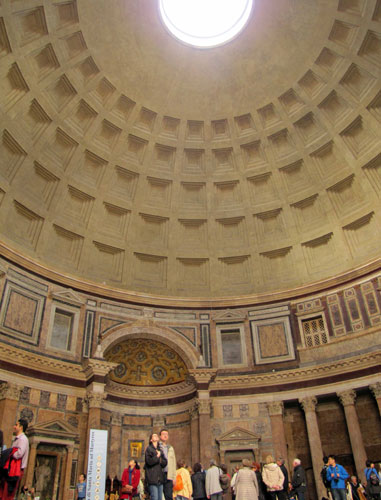 At the top of the dome is the Oculus, a 9m hole. 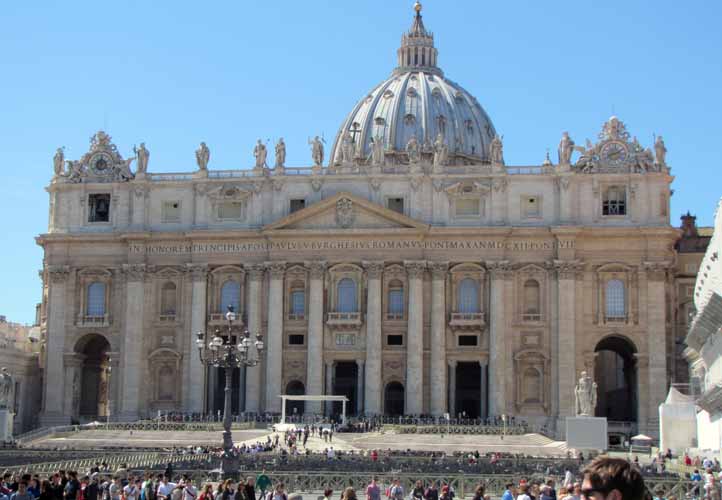 The Basilica of St. Peter in the Vatican - the home of the pope. 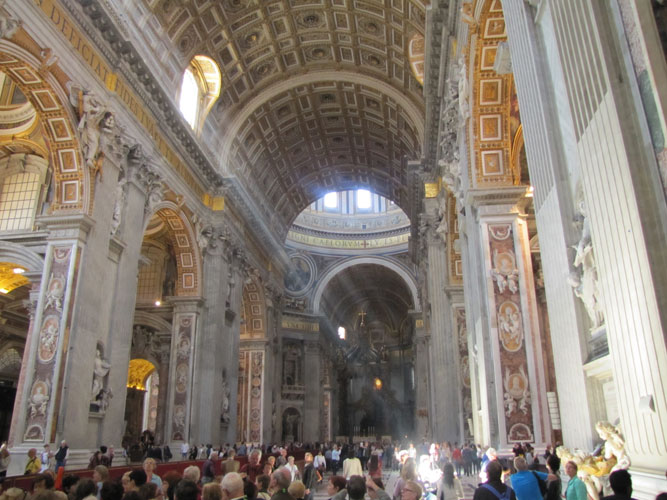 The Basilica is one of the biggest churches in the world. 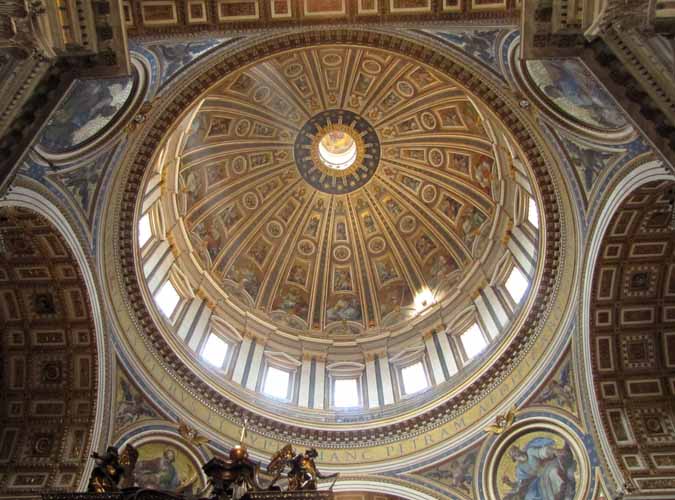 The dome of St. Peter's 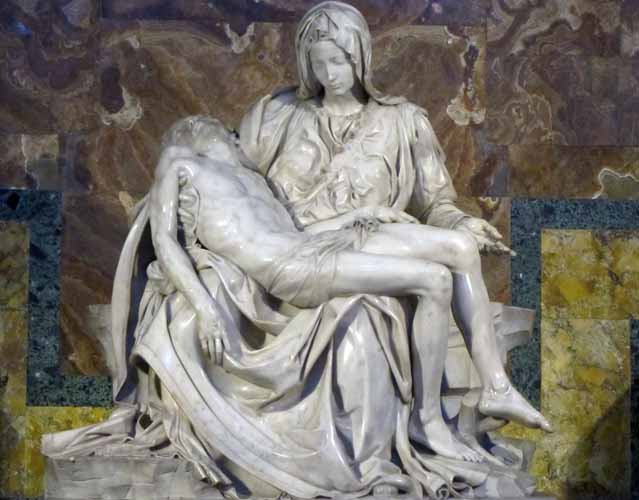 The famous Pieta by Michelangelo, in St. Peter's Basilica. It shows Mary holding her son Jesus after his crucifixion. 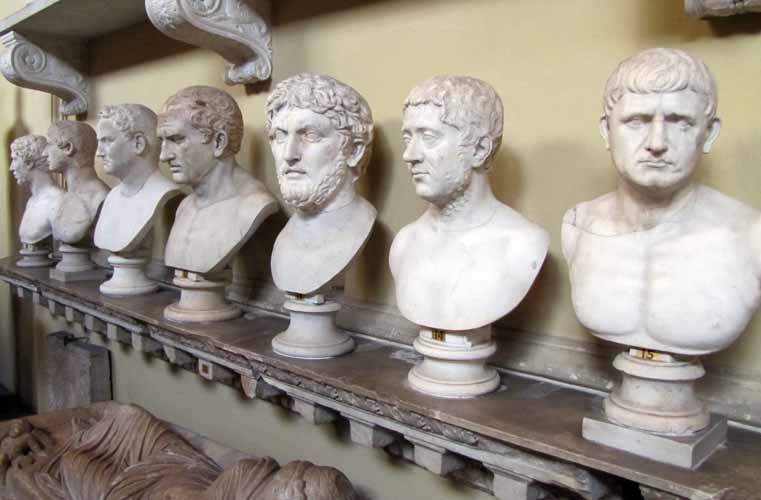 A row of Roman busts in the Vatican Museum 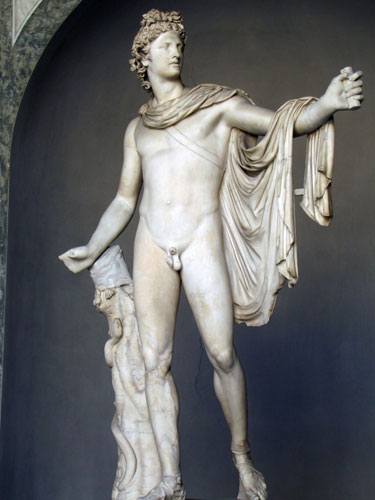 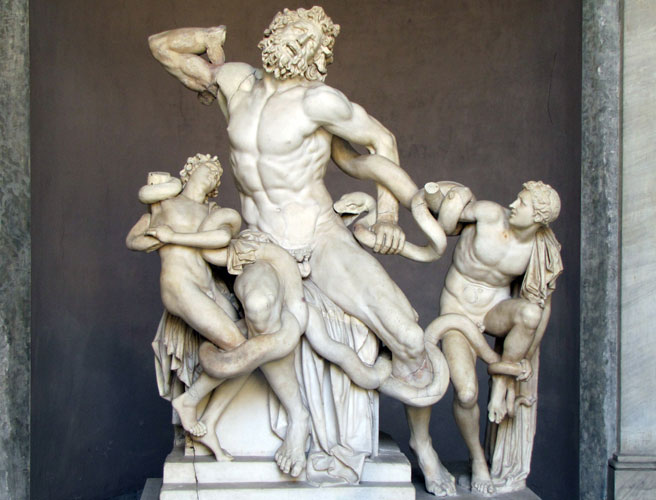 The Lacoon statue, a masterpiece of ancient art. The priest Laocoon has warned the Trojans

not to take the wooden horse into the city. Athena helps the Greeks by sending two giant snakes to kill him and his sons. 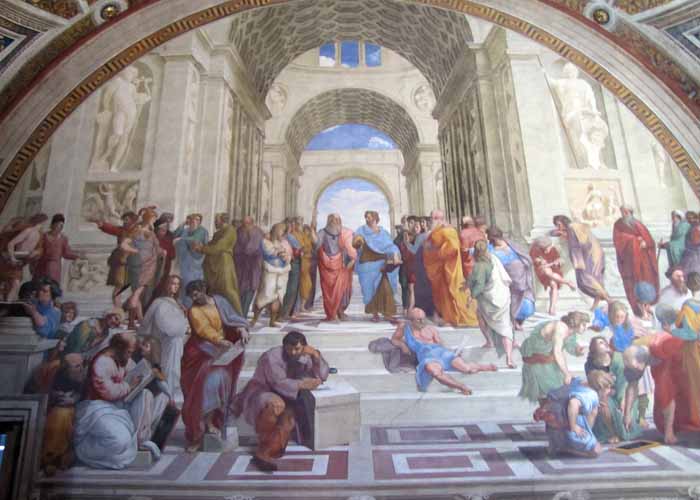 The School of Athens - painting by Raphael in the Vatican, showing lots of Greek Philosophers 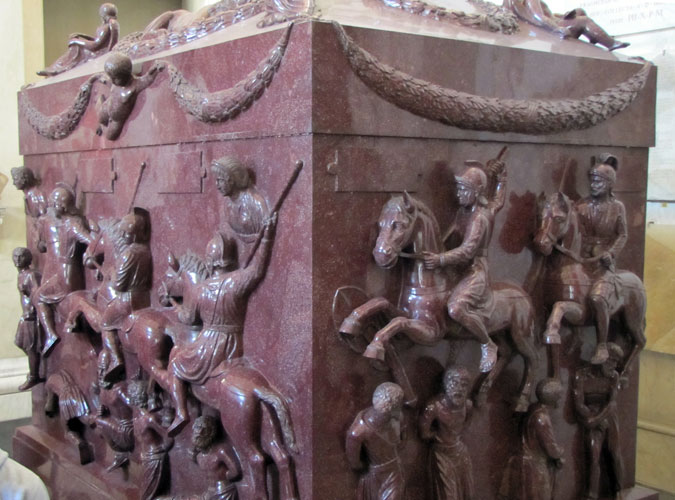 The Sarcophagus of Emperor Constantine, in purple porphyry stone 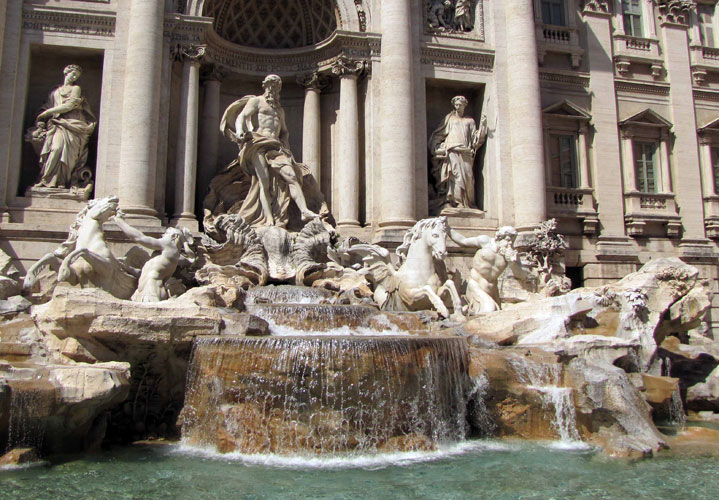 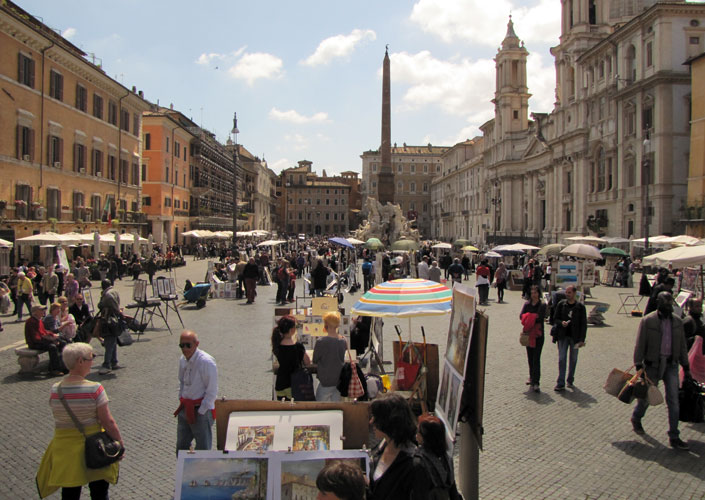 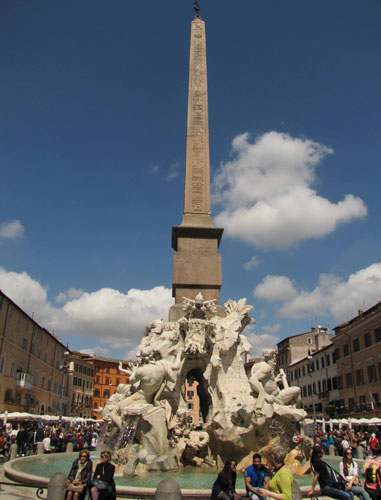 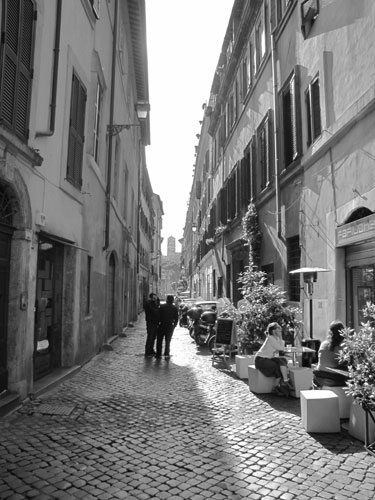